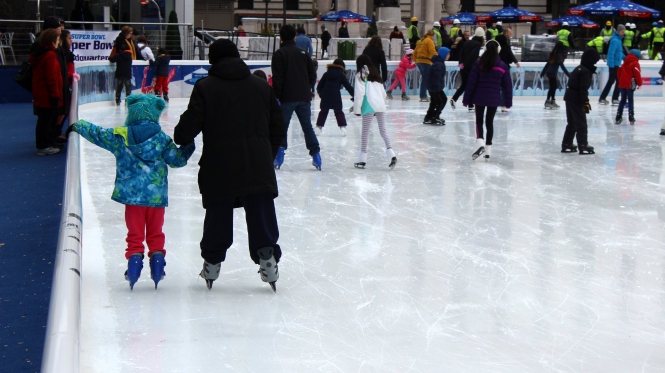 In those days a decree went out from Emperor Augustus that all the world should be registered. 2This was the first registration and was taken while Quirinius was governor of Syria. 3All went to their own towns to be registered. 4Joseph also went from the town of Nazareth in Galilee to Judea, to the city of David called Bethlehem, because he was descended from the house and family of David. 5He went to be registered with Mary, to whom he was engaged and who was expecting a child.6While they were there, the time came for her to deliver her child. 7And she gave birth to her firstborn son and wrapped him in bands of cloth, and laid him in a manger, because there was no place for them in the inn.

8 In that region there were shepherds living in the fields, keeping watch over their flock by night. 9Then an angel of the Lord stood before them, and the glory of the Lord shone around them, and they were terrified.10But the angel said to them, ‘Do not be afraid; for see—I am bringing you good news of great joy for all the people: 11to you is born this day in the city of David a Saviour, who is the Messiah,* the Lord. 12This will be a sign for you: you will find a child wrapped in bands of cloth and lying in a manger.’ 13And suddenly there was with the angel a multitude of the heavenly host,* praising God and saying, 14 ‘Glory to God in the highest heaven,
and on earth peace among those whom he favours!’*

15 When the angels had left them and gone into heaven, the shepherds said to one another, ‘Let us go now to Bethlehem and see this thing that has taken place, which the Lord has made known to us.’ 16So they went with haste and found Mary and Joseph, and the child lying in the manger.17When they saw this, they made known what had been told them about this child; 18and all who heard it were amazed at what the shepherds told them. 19But Mary treasured all these words and pondered them in her heart. 20The shepherds returned, glorifying and praising God for all they had heard and seen, as it had been told them.

Last week, my brother Danny, his wife, and their foster girls asked my family if we would want to go ice skating with them. Liam asks about ice skating constantly – he has always wanted to try it, so we were quick to accept their invitation.

As we got closer to the skating rink I caught myself growing more anxious about ice skating with all these little kids.

I can barely skate … how could I help anyone else ice skate?

How could I help anyone up without falling down myself?

How hard would that ice would be?

All the ways someone could fall …

All the ways to get hurt …

I was growing more anxious by the minute. I was forgetting about the fun and thinking about all the ways ice skating could go wrong.

My lowest point came as I put skates on my daughter and I caught myself thinking, “What in the world am I doing strapping knives on a 3 year old’s feet?” That story I heard about a dad getting a bunch of stitches after an accident putting on his kid’s skates kept coming to mind.

My outlook on ice skating was shaped by fear.

Danny and Hannah’s foster girls outlook on skating was shaped by something different.

They had ice skating outfits – tights and skirts … they looked like little Michelle Kwans and Nancy Kerrigans. They didn’t think about falling … they thought about gliding … jumping … and spinning … no one would have ever guessed it was their first time skating … their understanding of ice skating was shaped by possibility … they looked at ice skating with a sense of wonder.

As Luke tells us the Christmas story he shares his sense of wonder.

So much has been leading up to Jesus’ birth … messages from angels … impossible conceptions … awe … wonder. The story is so big and beautiful, it is surprising that Jesus’ actual birth seems so simple –“While they were there [in Bethlehem], the time came for [Mary] to deliver her child. And she gave birth to her firstborn son and wrapped him in bands of cloth and laid him in a manger, because there was no room for them in the inn.” Not all that spectacular … this important baby born in such humble circumstances.

Then Luke moves right back into his sense of wonder … the shepherds in the fields … the angels … their announcement. “Good news of great joy for all people … the Messiah … the Lord … born today and laying in a manger.” More praising from the angels … more awe … more wonder.

Luke’s sense of wonder won’t stop – the shepherds go to Bethlehem to find the baby wrapped in strips of cloth and lying in a manger … just like the angels said. Everyone who hears the shepherd’s story is amazed. Mary “treasures all these words and ponders them in her heart. The shepherds go home glorifying and praising God …

There is a sense of wonder in this familiar story that can shape how we see and how we understand the world.

It is so easy to be afraid of the world … it is easy to focus on the ways things could go wrong … to only see threats … to be paralyzed by danger … to be shaped and motivated by fear.

Luke understands there is more to the story.